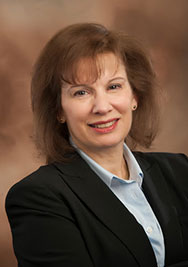 Graveline has served as President of the Massachusetts chapter of the American Choral Directors Association has guest-conducted massed choirs at ACDA collegiate festivals, the 2009 MMEA Central District Junior Honor Choir, community chorus festivals, the American Guild of Organists Region I Convention, Worcester Consortium Colleges concerts, and the Central Mass. High School Choral Festival. She has served as an adjudicator for numerous festivals and auditions, including the 2006 MMEA Western District Vocal Auditions, the Massachusetts All-State Vocal Auditions, most recently 2014, and a number of the Massachusetts Instrumental and Choral Conductors Association (MICCA) Festivals. She has given workshops at ACDA conferences, for the Massachusetts Music Educators, and the Rhode Island Music Educators.

Graveline received the B. Mus. and M.S.M. degrees from Boston University and the Doctor of Musical Arts degree from the University of Michigan. She has studied with such distinguished conductors as Robert Page and Harold Farberman, and has been a conducting fellow at several prestigious conducting institutes affiliated with Chorus America, where she worked with Vance George, Margaret Hillis, Gregg Smith and Dale Warland. She has been a Fellow at the Conductors Institute at Bard College.

Graveline is in her 22nd season with the Salisbury Singers of Worcester. Under her direction the chorus has more than doubled in size and performed to critical acclaim. Works presented with orchestra in the last few years include Beethoven Missa Solemnis, Brahms Requiem, Haydn Creation, Mozart Requiem, Handel Israel in Egypt, Mendelssohn Elijah, Bach Mass In B Minor, Verdi Requiem, Bernstein Chichester Psalms, and Orff Carmina Burana, and numerous works by Johann Sebastian Bach.

Also a noted harpsichordist and organist, Graveline has performed on the harpsichord at the Worcester Art Museum as part of their Chamber Music series, and on the organ at Mechanics Hall as part of the Brown Bag organ series.  She gave a series of concerts during the 2009-2010 season with violinist Peter Sulski, performing the complete sonatas for violin and harpsichord of J. S. Bach as part of a sabbatical project.  She is Artistic Director of the Bach Consort of Worcester, an ensemble dedicated to performing Baroque music.